Hello everybody, today we’re going to do talk about what seems like a common problem after a Windows 10 update. What happened here is an older Windows 7 unit that upgraded to Windows 10. Now apparently, there’s a problem with drivers after the update. In this case, the graphics is all good, but the brightness adjustment doesn’t seem to go brighter or dimmer.

So one simple fix is to go to the Device Manager. The driver that’s on this model is AMD. What you want to do is update the driver and then search your computer for the “Microsoft Basic Driver.” So that is the default generic driver you can add temporarily. It will work, but you’re not going to be able to get the performance of your graphics card. This is something that most people are not aware of when they install Windows 10 from scratch.

Side note- There are also some registry hacks. If you want to get into that, there is some registered variables that you could change.

Okay, so again, while we’re not going to be able to adjust the brightness while using our graphics card. We can at least have the LCD at full brightness. Maybe at some point, some updated drivers will come out, and it’ll start working again. But if not, this is kind of a quick solution there for you. Thanks for reading. 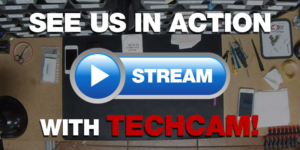 We know choosing where to take your computer and cell phone for repair can be concerning. Who can you trust? Is the work done right and at a fair price? We hear you and that is why we are one of the fastest growing computer repair shops in Miami. But, don't take our word for it just read what our customers say in over 300 Five Star reviews on the web. Our process is simple, you don't need an appointment and we generally can provide an estimate within 10-15 minutes. We offer several service levels Standard, Priority and Urgent so you can choose your level of service. We can also provide on-site service to your home or office if that is your preference. We also offer hard to find specialty products and services like Linux installations, custom dual boot laptops, desktops, mini desktops and the KodiPi movie box. Need some one on one help with your computer? We can help with our one to one tutoring for all your computer needs. So what are you waiting for? Call or Visit Us Today